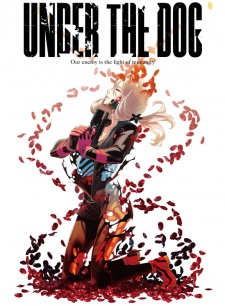 Plot Summary: Under the Dog takes place in 2025 in Neo Tokyo, five years after a devastating terrorist attack at the Tokyo Olympics. In the wake of the tragedy, the U.N. formed a covert ops unit dedicating to seeking out, then eliminating those responsible for the attack. Anthea Kallenberg, a girl of Swedish descent is a member of this elite group who has honed her combat abilities and has become a deadly assassin, but must come to terms as to who she really is..